When you decide to replace your roof, it’s a good idea to research the best roofing contractor in your area. But it’s also important to decide on the type of roofing system that would work best for your home.

In the process of doing your research, you might encounter some of the most famous roofing systems in the world. Imagine all the planning and all the man-hours and materials it took to build such iconic silhouettes. You might learn a thing or two that might apply to the type of roof you want.

Here are two of the best examples of famous roofs from around the world:

The roof of the Sydney Opera House was inspired by Australia’s maritime history. The roof is made of pre-cast concrete “shells” and represents a ship’s billowed sails. Jørn Utzon, a Danish architect, designed the roof, which was completed in 1973. Out of more than 200 participants from different architects from around the world, Utzon was the winner of a design competition held by the government of New South Wales.

The roof is composed of 1,056,000 glazed-white granite tiles. These tiles, imported from Sweden, were designed to be self-cleaning. Just like every roof, however, this one is exposed to the weather, so it still requires roof repair and replacement now and then.

This building, located in New York City, has one of the most famous Art Deco designs in the world, and it’s also the planet’s tallest building built with bricks. The seven terraced arches of the roof are designed in a sunburst pattern. The 925-foot roof is topped with a 122-foot spire.

New York architect William Van Alen designed the building, which was built between 1928 and 1930. At the time of its completion, the Chrysler building was the tallest manmade structure in the world, surpassing the Eiffel Tower in Paris. It was also the world’s tallest building, surpassing the Trump Tower in Lower Manhattan. Only eleven months later, however, those distinctions were passed on to the neighboring Empire State Building, which held them for 40 years.

The roof and overall design of the Chrysler Building inspired other famous buildings, including Philadelphia’s One Liberty Place and Dubai’s Business Central Towers. It took only 90 minutes for the workers to raise the roof’s towering spire, completing the building on May 27, 1930. The building, particularly its iconic roof, is so popular that it is featured in movies like Armageddon (1998), Men in Black 3 (2012), and The Avengers (2012), as well as in TV shows and video games. 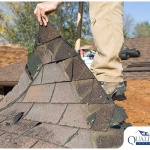 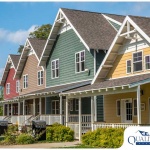 September 2, 2021
How to Match Roofing and Siding Colors 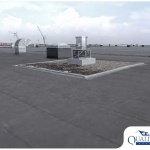 August 13, 2021
How To Choose a Flat Roof for Your Commercial Building 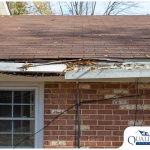 August 12, 2021
How the Wind Can Damage Your Gutter System 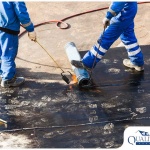 July 26, 2021
4 Common Flat Roofing Problems and How to Fix Them
Our crew of experienced roofing contractors can tackle any sized commercial or residential roofing project and turn it into a part of your home or business you can be proud of and rely on for many years to come.
1
+
Residential Jobs
1
+
Commercial Jobs
1
+
Satisfied Customers
Copyright © 2019 Quality One Roofing Inc. All Rights Reserved.

X
Top
Get a Quote